On Tuesday February 6, hundreds of advocates will be in DC meeting with Congress and demanding a fix to the Health Center Funding Cliff. On that day, we are calling on all Health Center Advocates to wear red in support of health centers.

What can you do on 2/6 to add your voice to the millions of patients, staff, partners and supporters that depend on health centers?

MedNorth offers nurse practitioner opportunity to help where he helps people who have no other health care options.

From a very young age Erin Williamson knew exactly what he wanted to do with his life.

“I wanted to be a nurse practitioner serving medically underserved people. Ideally, lower-income people who have limited access to health care,” Williamson said. “It is the dream job that I’ve had since I was 16. Mainly because growing up poor we got to learn what it was like to have limited access to good health care. You don’t know how that feels unless you are in that situation where you’re treated differently.”

Williamson is the seventh of eight kids. He has six older sisters and one younger brother. He loved growing up in a big family but quickly learned there were hardships that went along with it. His family’s income challenges made his access to quality health care difficult.

Williamson attended Laney High School where he took health occupations classes. He graduated with a Nursing Assistant certificate and went straight to work. Due to the hardships he faced as a child, getting a job right out of high school was very important to him. His first health care job was at Liberty Commons Nursing Center where he worked the midnight shift. He met his wife, Rachel, and continued to work there while she finished her college degree.

Williamson and his wife then moved to Greensboro where he attended the University of North Carolina at Greensboro, graduating in 2004 with a degree in nursing. After graduation, the couple moved back to Wilmington where Williamson took a position with New Hanover Regional Medical Center on the adult inpatient surgical floor. He held the job for five years while he worked on his master’s in nursing at UNCW.

Toward the end of his master’s studies, Williamson had to choose a practice where he would complete the clinical part of his training. With careful consideration he chose MedNorth Health Center, which at the time was still called New Hanover Community Health Center.

MedNorth  receives federal grant funds from the U.S. Department of Health and Human Services’ Health Resources and Services Administration to provide a full spectrum of primary and preventive health care services (including ancillary and enabling services) to medically underserved populations, in New Hanover and surrounding counties in Southeastern North Carolina. Patients receive services regardless of their ability to pay. Services are designed to cover prenatal, pediatric, adolescent, adult and geriatric life cycles.

Williamson knew this was the right place for him. “I liked the community health center because being downtown we get an interesting mix of homeless people, professors, other professionals that work downtown, and a lot of people who have no other place to go for healthcare,” he said.

In 2009, when Williamson finished his master’s, Williamson went to work at MedNorth. “I went straight from being a student to being a nurse practitioner,” Williamson said. “I’ve been there ever since.”

He splits his time between the downtown clinic and MedNorth’s clinic at First Fruits Ministries, 2750 Vance St., on Thursdays. His favorite part of his job is providing the compassion and care that many lower-income people never get to experience.

“I love what I do because I get to serve other people and I get to stay up-to-date with newer technology, medicines, and research,” he said. “Healthcare is always evolving so I get to stay on the cutting edge of things like that, but at the same time I get to sit down with somebody one-on-one and talk with them about how they can improve their health and improve their life.”

Over 50 events around North Carolina are planned as part of National Health Center Week (NHCW). The national campaign runs August 13-19th with the goal of raising awareness about the mission and accomplishments of North Carolina’s community health centers and those across the country over the course of more than five decades.

North Carolina’s community health centers play a vital role in our state’s healthcare safety net. They are innovators in healthcare delivery and feature a patient-centered medical home model that utilizes care teams and enabling services to help patients address their medical and social needs. Today, they play the following role in NC:

Health centers not only prevent illness and foster wellness in the most challenging populations, they produce innovative solutions to the most pressing healthcare issues in their communities. In North Carolina, where our state did not expand Medicaid coverage to uninsured adults with incomes at or below $138% of the federal poverty level, community health centers remain one of the few healthcare providers willing to treat the

uninsured. They reach beyond the walls of conventional medicine to address the factors that may cause sickness, such as lack of nutrition, mental illness, homelessness and addiction. Because of their long record of success in innovation, managing healthcare costs, and reducing chronic disease, leaders in Congress have declared health centers a model of care that offers a “bipartisan solution to the primary care access problems” facing our nation.

There are NHCW events scheduled across North Carolina and the country, including health fairs, press conferences, back-to-school drives, community breakfasts, patient appreciation events, free health screenings and dental cleanings, visits by members of Congress and state officials and much more.

To learn more about NHCW and the listing of events please visit: www.healthcenterweek.org. 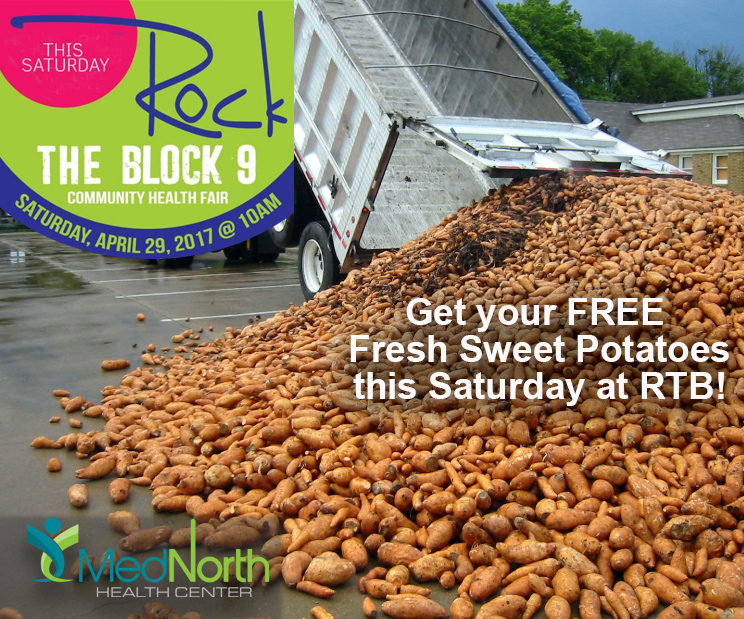 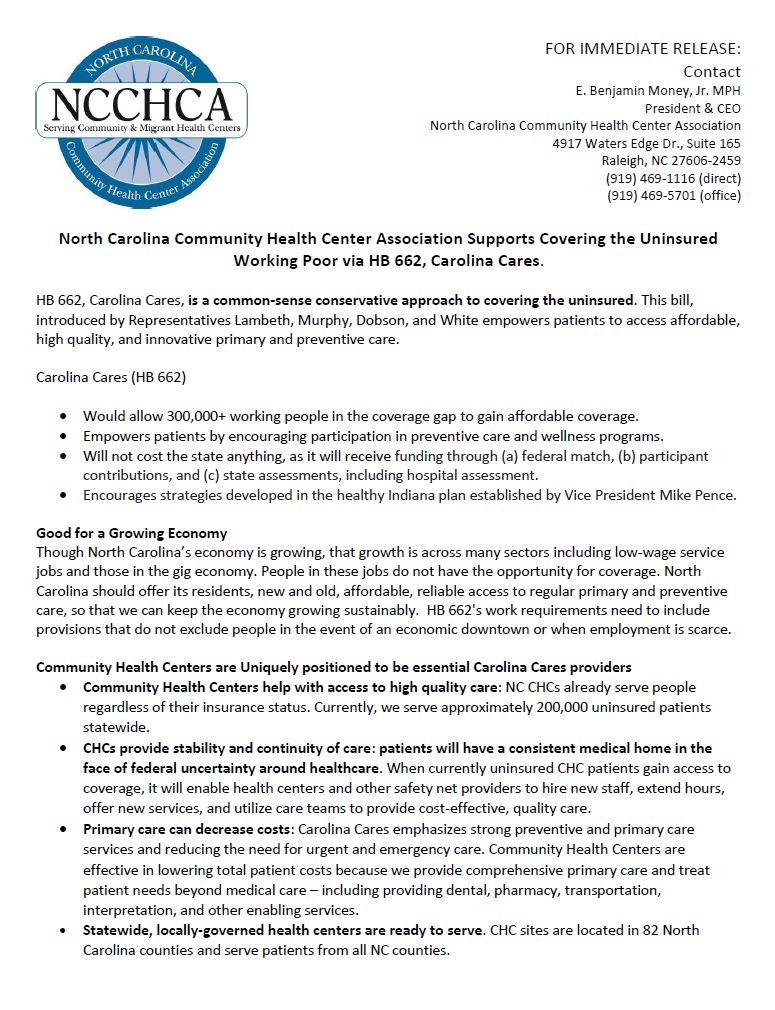 Events such as the flooding caused by Hurricane Matthew commonly result in the loss of important documents. North Carolinians can use the following resources to replace lost or damaged documents and records.

Medical and Prescription Records:
Call your own doctor; medical and prescription records are tracked electronically.

Individuals, including homeowners, renters, and business owners, in the designated counties who suffered loss or damages due to Hurricane Matthew may register for assistance online atwww.DisasterAssistance.gov, by downloading the FEMA mobile app, or by calling  1-800-621-FEMA (3362). For those who use 711 or Video Relay Service (VRS), the number is also 1-800-621-3362.  For people using TTY, the number is 1-800-462-7585.

Dial 211 to speak with a trained call specialist about Hurricane Matthew assistance in your area; the service is free, confidential and available in any language. Call 511 for the latest road conditions or check the ReadyNC mobile app, which also has real-time shelter and evacuation information. For updates on Hurricane Matthew impacts and relief efforts, go to ReadyNC.org or follow N.C. Emergency Management on Twitter and Facebook. People or organizations that want to help ensure North Carolina recovers can visit NCdisasterrelief.org or textNCRecovers to 30306.

This press release is related to:

For more information, visit CDC: Extreme Heat and Your Health